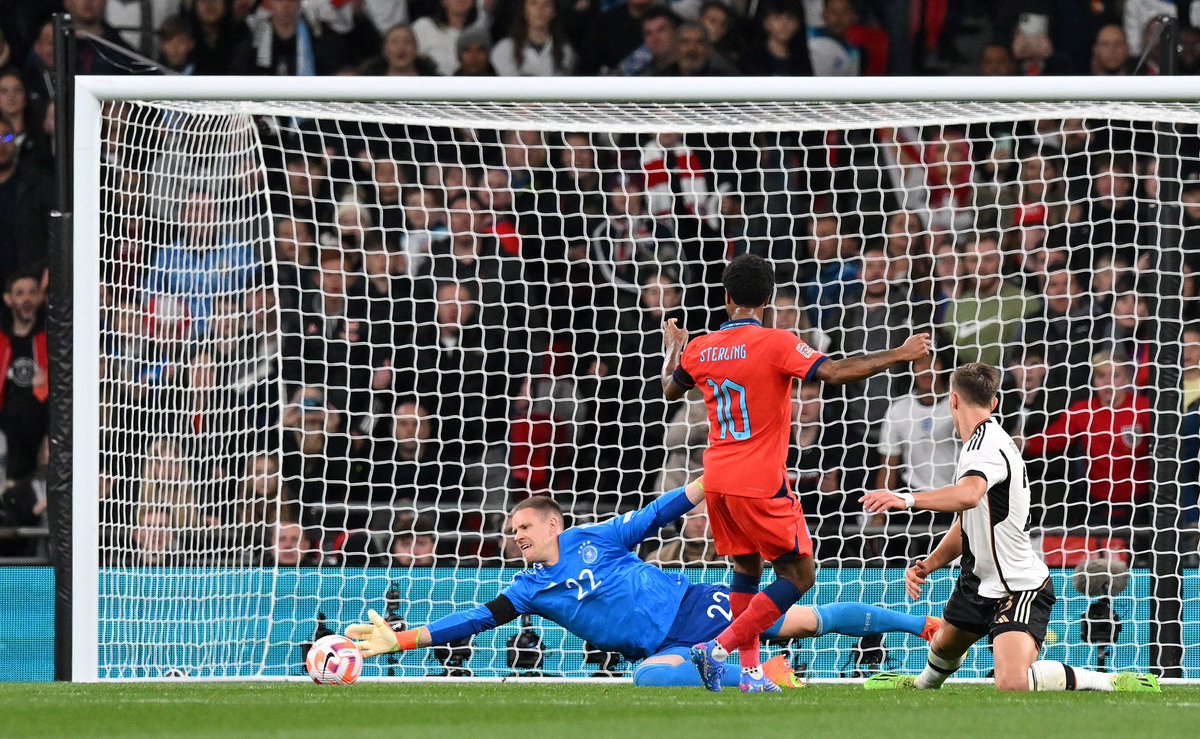 The Three Lions started Group A3 with a surprising 1-0 defeat at the home of Hungary. The defeat was then followed by two straight draws against Germany (1-1) and Italy (0-0). The next game was disastrous for England in every sense as they were comprehensively beaten at home by Hungary. The Three Lions recorded their heaviest defeat in several decades with the 4-0 thumping handed out to them by the Hungarians. END_OF_DOCUMENT_TOKEN_TO_BE_REPLACED 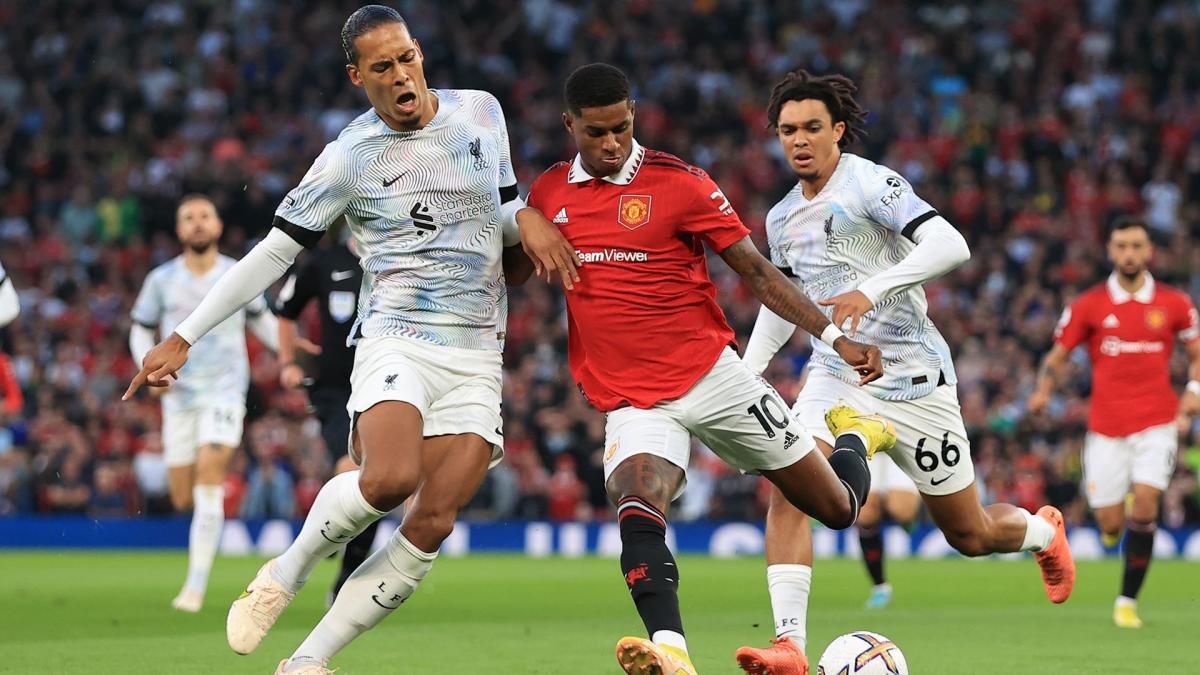 Liverpool have two points from their three league games as their quest to usurp holders Manchester City for the Premier League title has started poorly. They started the season with the 2-2 draw at the home of Fulham who are one of the three promoted teams. Bournemouth and Nottingham Forest are the other teams promoted from the English Championship. The draw  with Fulham was followed by another draw as they played out a 1-1 draw with London club Crystal Palace at home in a game which saw new signing Darwin Nunez sent off. Nunez played 57 minutes before he was dismissed as Liverpool ended the Palace game with ten men. Liverpool then followed up the draws against Fulham and Palace with the 2-1 defeat at the hands of hosts Manchester United on Monday. END_OF_DOCUMENT_TOKEN_TO_BE_REPLACED 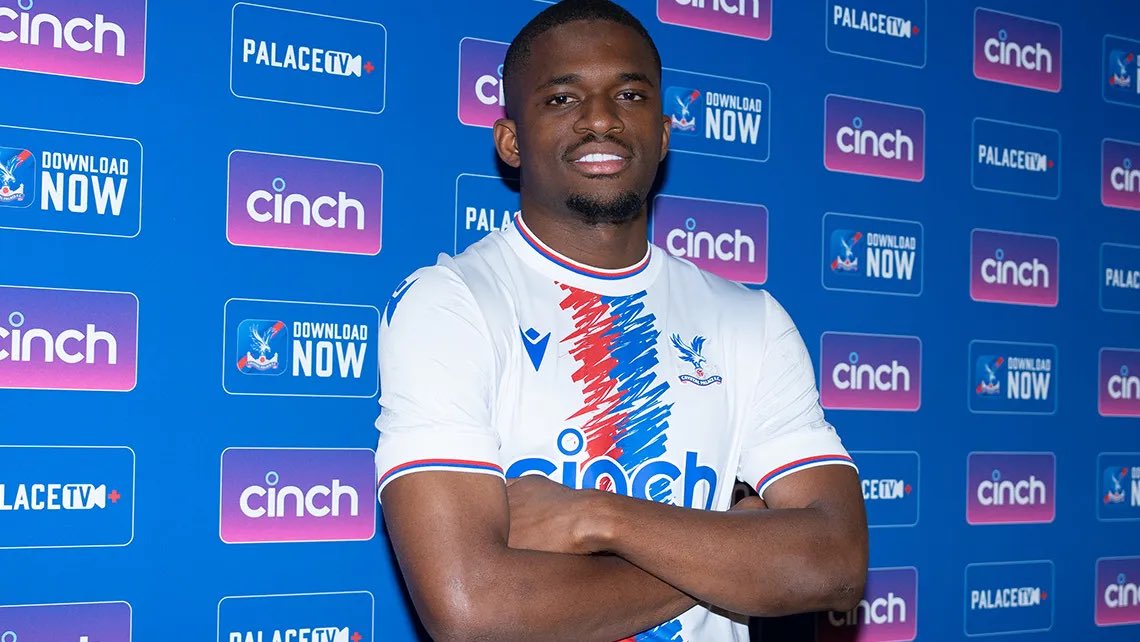 Malian midfielder Doucoure has signed a five-year deal as the new Palace player until the end of the 2026/27 season. The 22-year-old was announced as a Crystal Palace player on Monday in a deal worth around £20m. On his transfer to Palace from French Ligue 1 club Lens, Doucoure said he’s very happy and joyous to be a Palace player. The African star said he’s proud to bea new player for the Eagles. END_OF_DOCUMENT_TOKEN_TO_BE_REPLACED

According to The Athletic, the race to sign Leeds United star Raphinha in the summer transfer window has further heated up as Tottenham Hotspur and Arsenal have joined Barcelona in pursuit of the Brazilian. Raphinha has been a big hit in the Premier League since joining Leeds United from Rennes in the summer of 2020. The 25-year-old has been critical to the Whites maintaining their status as a top-flight club in both seasons he has been at the club. So far, Raphinha has chalked up a tally of 17 goals and 12 assists from 67 games for Leeds.

However, the Brazilian international harbours hopes of playing European football, something that Leeds United cannot offer. And clubs are now lining up to sign Raphinha in the summer, with the Yorkshire outfit open to sanctioning a sale as long as their demands are met. Barcelona have shown the strongest interest in Raphinha so far as they look at the 25-year-old as a long-term replacement for Ousmane Dembele. With the Frenchman’s contract expiring in two weeks, he is set to depart as a free agent. And the Blaugrana have narrowed in on Raphinha as their preferred option to take over from Dembele. END_OF_DOCUMENT_TOKEN_TO_BE_REPLACED 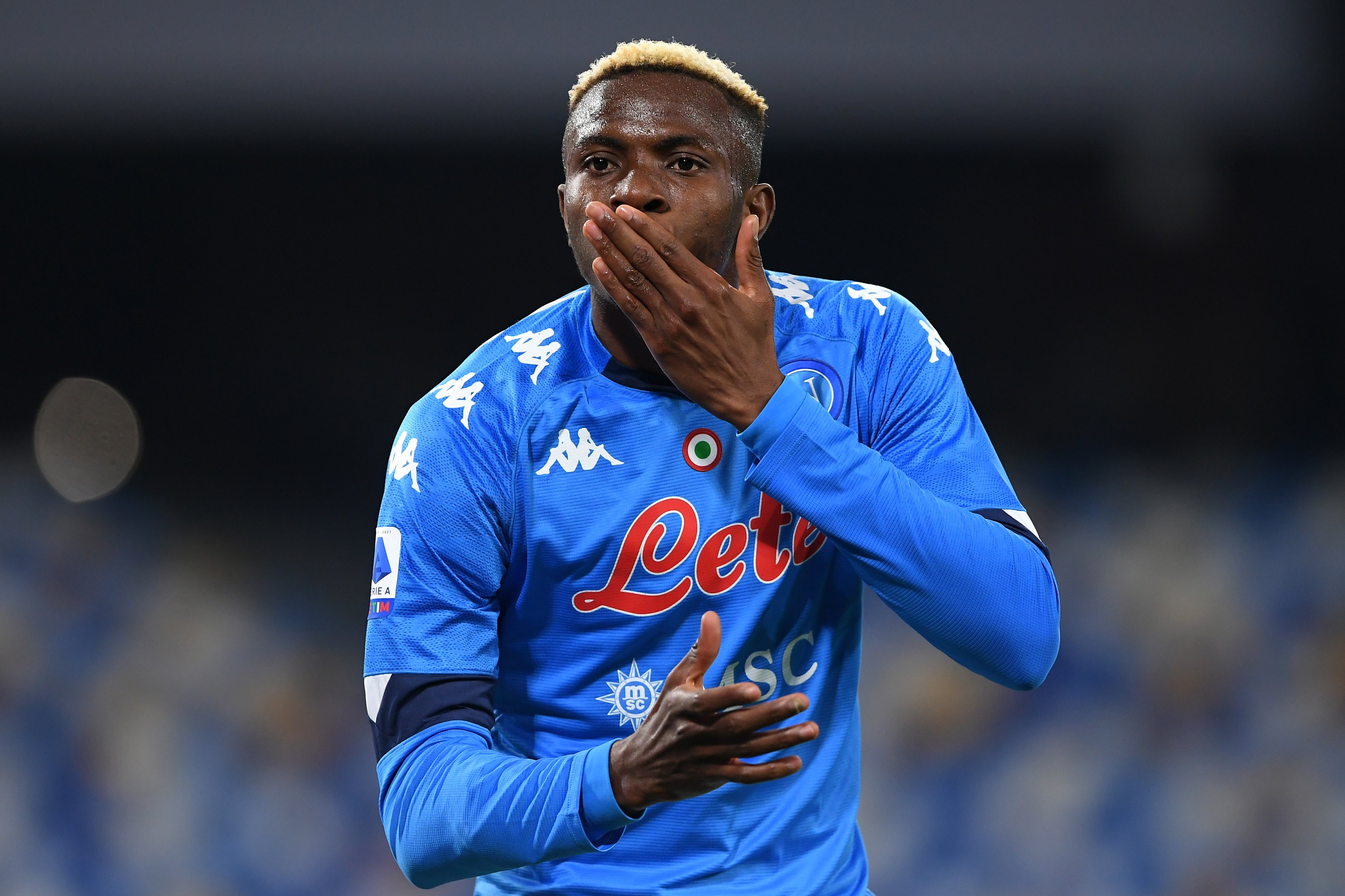 Antonio Conte seemingly wants to make some attacking signings this summer to support Harry Kane and Son Heung-Min for the next season. The boss has already demanded from Tottenham that they must buy Dejan Kulusevski permanently, which would cost them around £30million in transfer fees. END_OF_DOCUMENT_TOKEN_TO_BE_REPLACED 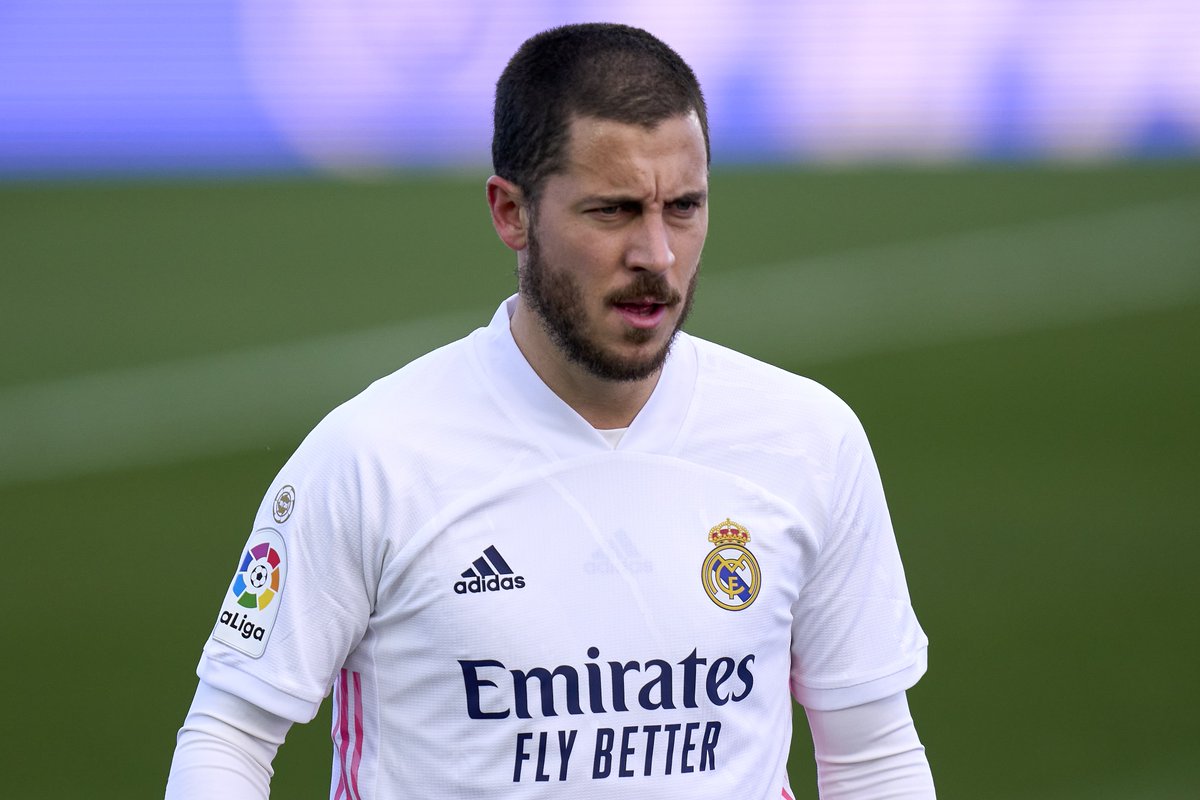 Over the past week or so, there have been numerous reports that Arsenal are keen on signing Eden Hazard on a loan deal with an option to purchase the player at the end of that period. Arsenal were said to have already met with Hazard’s reps to sound out a move and, at that point, it was claimed that Hazard had no interest and wished to remain in Spain. END_OF_DOCUMENT_TOKEN_TO_BE_REPLACED 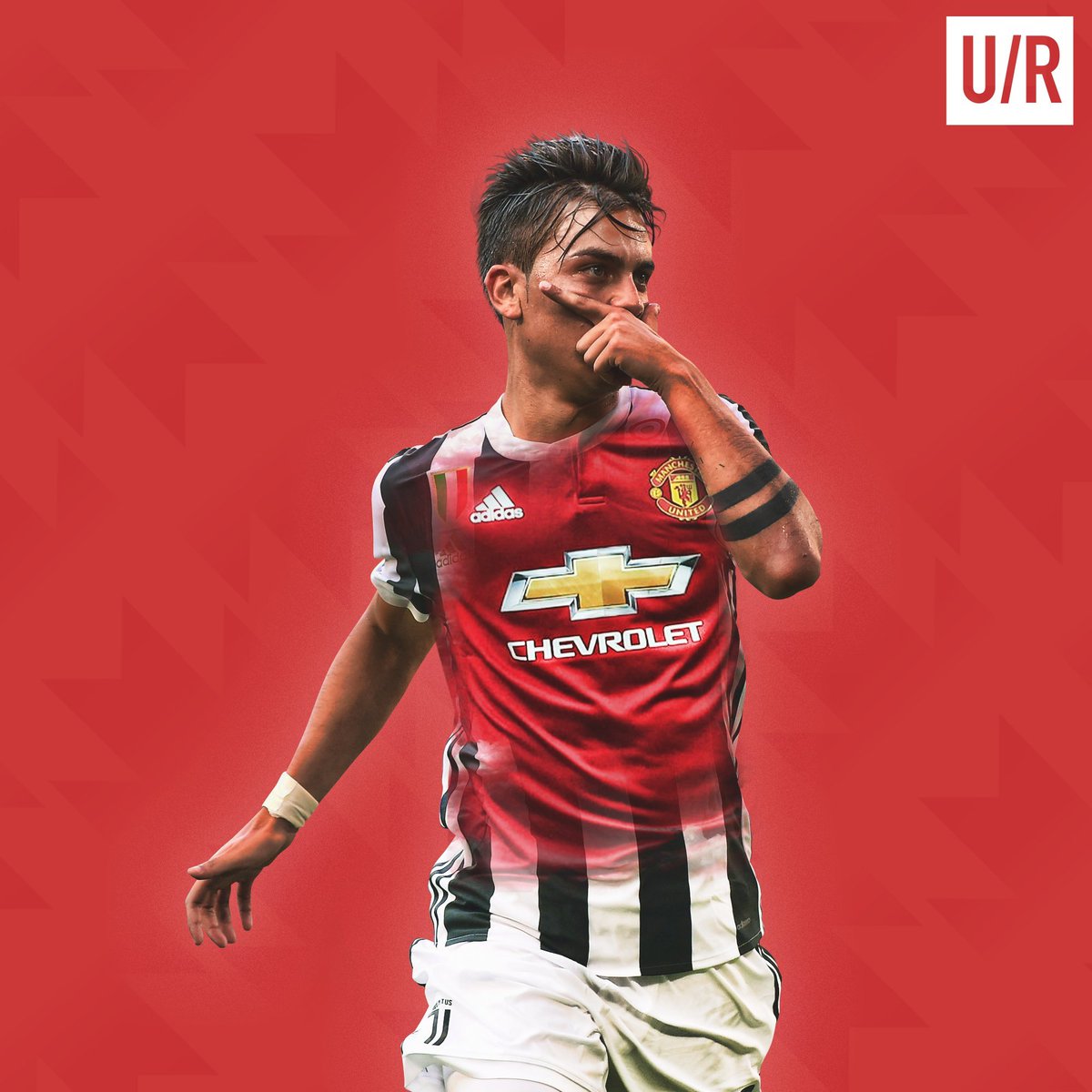 The transfer guru tweeted that Juventus director Arrivabene confirmed that they won’t extend Paulo Dybala’s contract. That they’re not gonna do any other proposal and the decision has been made. He added that the 28 year old’s contract expires in June, and that he will leave for free. END_OF_DOCUMENT_TOKEN_TO_BE_REPLACED

The Brazilian duo of Fred and Alex Telles have been ruled out of the Burnley game in the Premier League later this week. The two players returned respective positive results for Covid-19 and will miss the trip to take on the Clarets at Turf Moor on Tuesday night.

Left-back Alex Telles was not in the Manchester United squad for the FA Cup fourth round tie with English Championship side Middlesbrough as he had just returned from national team duty with five-time world champions Brazil. Compatriot Fred was able to make the squad for the Boro game despite the fact that he was also on national team duty with Brazil.
END_OF_DOCUMENT_TOKEN_TO_BE_REPLACED

FlorentMalouda was a regular in the France team on the way to the final of the 2006 FIFA World Cup tournament on German soil. Malouda and France were drawn in Group G at the tournament alongside Switzerland, South Korea and Togo.

France were the top seed in their group, but they didn’t have things their way. They didn’t secure a place in the knockout stage until they won their final group game against Togo. France and Switzerland had played out a goalless draw in their first game. In their second Group G outing, Thierry Henry scored for France in the first half, before the advantage was cancelled with ten minutes to go by South Korean attacker Park Ji-Sung as the two teams played out a 1-1 draw.
END_OF_DOCUMENT_TOKEN_TO_BE_REPLACED

Newcastle United have a lot of money to spend on transfers after their Saudi-led £300m takeover was officially confirmed last week. It has been reported that the Magpies have around £200m available for new players. To this effect, reports in the British media claimed that Newcastle United are plotting a massive raid on Manchester United for some of their players.